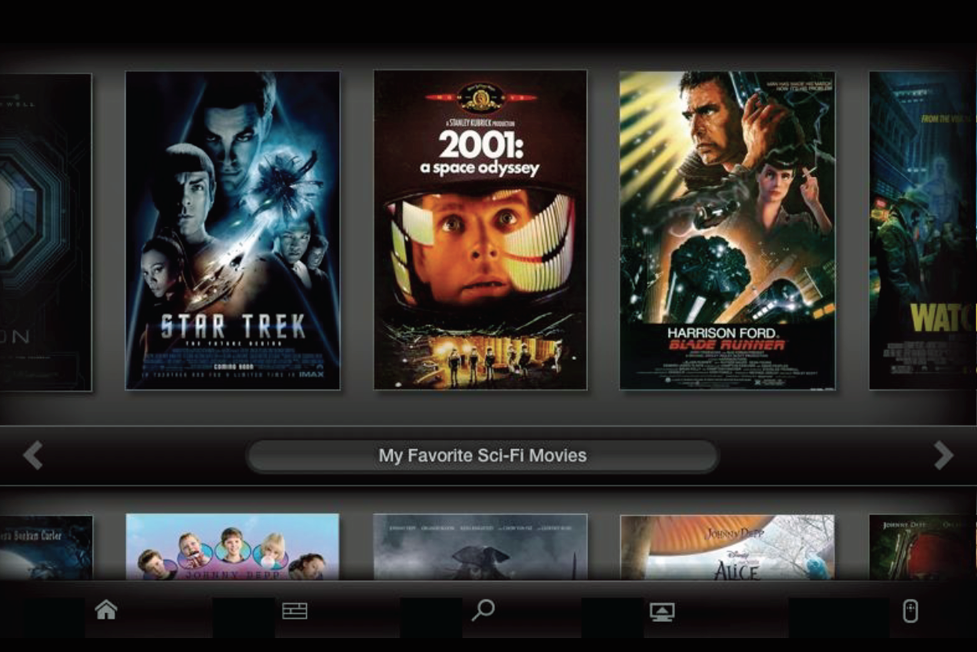 The concept was concieved by David during a dinner with a
fellow Technicolor executive. “Instead of putting UI on the TV
where it disrupts the viewing experience, why not put it on a
tablet, bundled with the set top box?”

Thus MediaNavi was born. An idea that grew into one of
Technicolor’s largest product development efforts ever, with 200+
staff and $20M+ in funding.

David’s XDC team worked with MediaNavi’s software engineering
team and their outside agency, to develop use cases and define the user experience.
The overall UI design direction and tablet hardware was delivered by
XDC based on the Technicolor premium brand and UI
guidelines previously defined by David’s team.